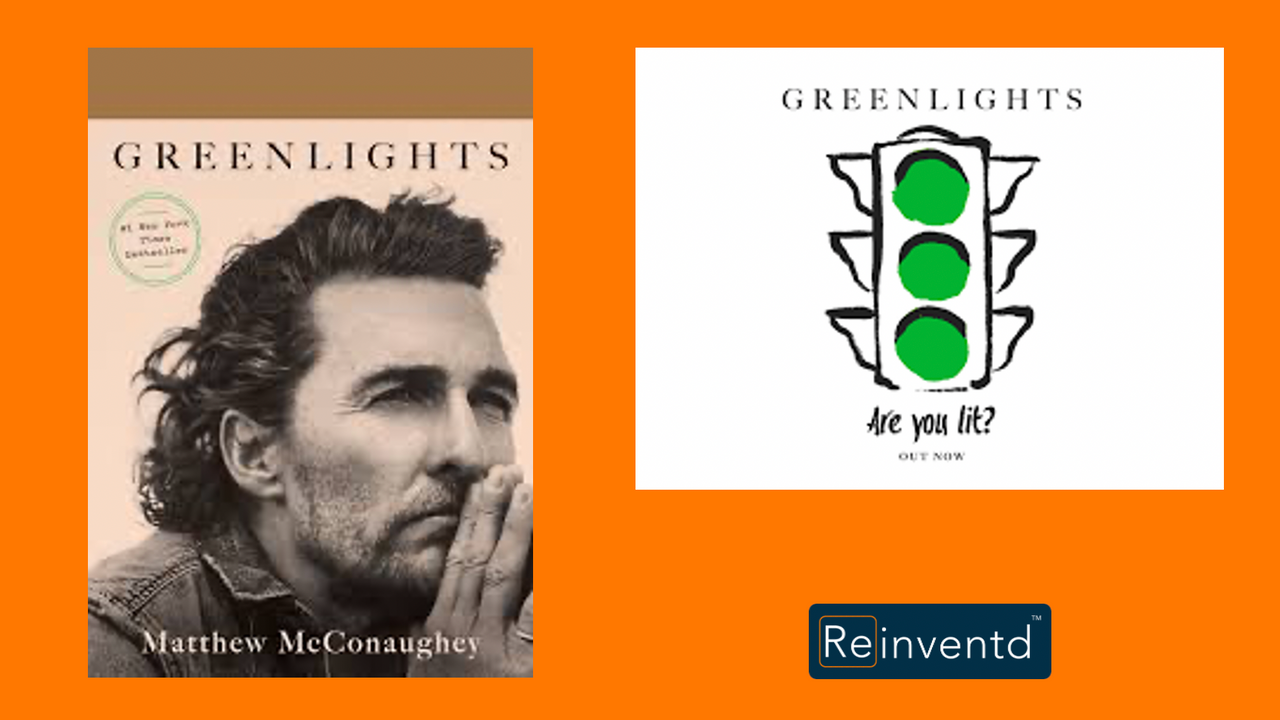 If you looked at Matthew McConaughey’s life around 2009, you’d think he was living the dream.

He and his wife, living in a Malibu mansion overlooking the vast Pacific Ocean, were celebrating the birth of their son.

McConaughey’s professional life was easy, too, he writes in his recently published book, Greenlights. He was the go-to guy for romantic comedies. As he explained in a podcast:

You get a good female and a male lead that have good chemistry. People love to go escape to them. My rom-coms are doing well. They were my bank. They were what Hollywood banked on me to be in.

At the same time, I’m living in Malibu, learning to surf, got my shirt off, and the paparazzi are Discovery Channels like almost documenting this, and I’m like, ‘You damn right, document it. This is the life I’m living. I love it. I worked and earned to get this life.

'And those romantic comedies that I get paid so handsomely for actually pay the rent at the house on the beach that I live in, in front of this water that I’m surfing in.’

Unfortunately, McConaughey soon learned that he had built too strong a brand as the “rom-com guy.” He longed to do dramatic work, to be taken more seriously as a wide-ranging actor.

But no one in Hollywood would offer him scripts of any substance. Directors, producers and especially movie studios didn’t see McConaughey as bankable in drama.

So McConaughey made a decision. He told his agent he wasn’t going to do any more rom-coms and to stop sending those scripts for his consideration.

McConaughey’s resolve was tested. How committed was he to rebranding himself and reinventing his acting career?

He writes that another rom-com offer came in for $5 million for two months of work. McConaughey read the script and did something he hadn’t done before—he passed.

They offered $8 million. He passed.

McConaughey writes that he finally had to reconsider his stance on romantic comedies:

And you know what? It was a better script. It was funnier, more dramatic, just an overall higher quality script than the first one I read with the $5 million offer. It was the same script, with the exact same words in it, but it was far superior to the previous ones.

What did do you think McConaughey did? (What would you do?)

McConaughey declined the offer. “If I could do what I wanted, I wasn’t going to do what I didn’t no matter the price,” he wrote.

That sent an unambiguous message to Hollywood that McConaughey was not going to be the rom-com guy anymore, so he finally stopped receiving those offers.

But no other work came his way.

McConaughey and his family moved to his home state of Texas, and the industry and the public lost track of him. Though he was happy with his personal life, McConaughey went through a lot of soul-searching and questioning on the professional side as six months went by, then a year.

Finally, after almost two years, he started getting a lot of interesting offers. He says that he changed how the industry and the world thought of him:

McConaughey began starring in several interesting movies that presented him in a new light. The payoff was huge for his career.

It was also huge for his professional fulfillment as a performing artist. There was a serious script he had held onto for more than a decade because no one would finance or direct it if he was to play the lead role. 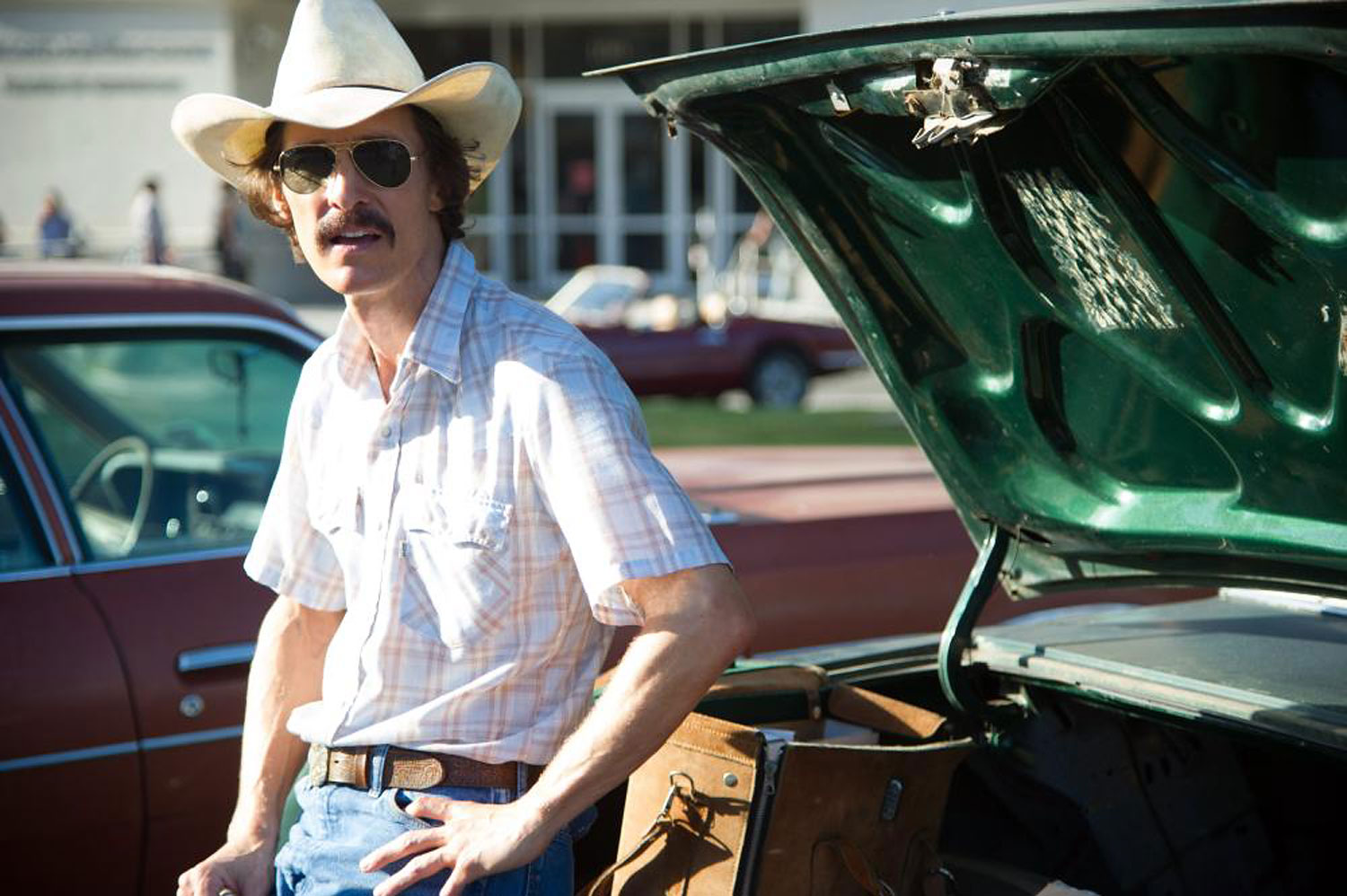 McConaughey Viewed in a New Light

Now that McConaughey was viewed in a new light, he could produce his passion project, The Dallas Buyers Club, a movie characterizing a drug addict with AIDS in the 1980s. He lost more than 50 pounds for the role and gave a searing, complex performance.

For this role, McConaughey, the former rom-com actor, won the Academy Award’s Oscar for Best Actor in 2014.

To reinvent himself, McConaughey stood his ground and paid a heavy price that proved his commitment.

If you’re facing changes in your life or business, think of the long view and the intangible but priceless value of being true to yourself.

If you found value in this article, please use the buttons on this page to share. To start a conversation with me, please visit my contact page.

To receive my best one valuable idea in your email every Sunday morning, join thousands of leaders around the world by subscribing to our newsletter.