4 Secrets Inside the U.S. Presidential ‘Debates’ 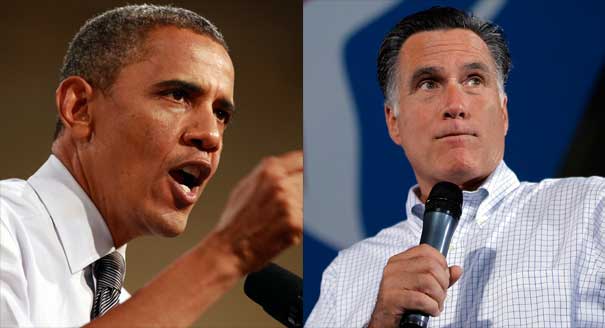 Editor’s Note: This is not a partisan blog. We are using the debates to illustrate communications strategy and tactics in a social world.

The sad truth is, tonight’s presidential debate here in the U.S. is NOT a debate.

Even though Barack Obama and Mitt Romney have opposing philosophies, constituents and worldviews, they will not be debating.

There will be little argumentation, where proposals are put forth and evidence and analysis is provided. Instead, you will hear a series of sound bites and prepared messages designed to resonate with and motivate key constituents.

Partly, they will be targeting their respective bases to produce turnout and partly they will be looking to sway the independent voters who remain undecided.

With this in mind, here are the specific elements you should look for tonight:

In these so-called debates, you will notice that the politicians will be looking to deliver the messages, regardless of the topic of the question they are asked.

How do they get from the question to the messages they want to deliver? They use a “pivot,” a quick transitional statement that seems to address the topic but quickly moves in the direction they want to go.  In media training, we refer to this as “bridging.”

For example, a candidate might be asked about his view of “illegal immigration.” If the politician wants to avoid the topic, he might say: “of course, illegal immigration is important, but we have to remember that the immigrants are coming to this country to find JOBS. [PIVOT!]

“My whole focus is on creating JOBS. It’s outrageous that people are suffering with 8 % unemployment. My plan will create 100 million new high-paying jobs to get Americans back to work”…and so on.

“Sound bites” have moved into the general lexicon. I hear kids talking about sound bites. But for those who don’t know, sound bites are brief, usually memorable lines that make the key points and are easy to digest.

Sound bites will be the most lasting and memorable part of the debates. I heard someone on a local radio station today apologizing for so often quoting Ronald Reagan from his 1980 debate with Democratic incumbent president Jimmy Carter.

When Carter would gave a detailed explanation of his policies, Reagan simply smiled and shook his head and said, “there you go again.” He also used the line that has been over used ever since, “are you better off today than you were four years ago?” Thirty years later those sound bites are still being quoted.

Whether we like it or not, we live in a sound bite culture and these Twitter-like statements will help to determine whether a candidate scored points and is seen as a “winner” or a “loser” of the debate.

In the end, the real “winner” will be the candidate that leaves the strongest “presidential” impression.

For presentations, we coach our clients to understand that few people in the audience will remember what you said, or what you did. They’ll remember how you made them feel.

In these debates, barring a horrendous performance, those who are committed to party or candidate will believe their candidate won the debate and that the opposing candidate lost.

The independents, however, those who are truly struggling with their choice, will make their decision based on an overall impression. Yes, they will believe they are weighing the evidence, the policies, and the messages.

But, ultimately, they’ll be assessing who seems more suited to the job—in the future.

They will be comparing the choices and deciding, from their guts, who is right to lead the nation into the future.

And that question is really about trust. The candidate who gives inspires trust will win the debate, win their votes and be on the way to winning the election.

What do you think? Leave your response below.