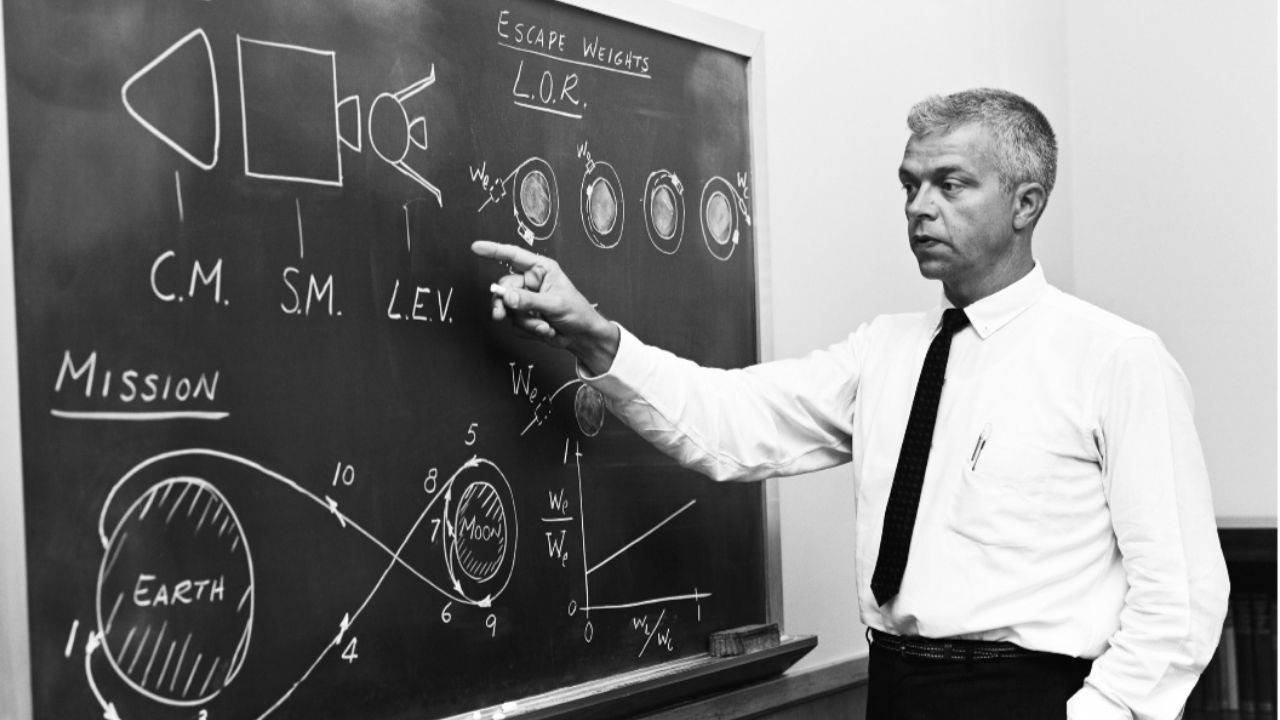 You’ve no doubt heard that Saturday marked the 50th anniversary of human beings landing on the moon.

It’s hard to fathom today, but the whole world was one for a short time. After the astronauts returned from the moon and were quarantined for twenty-one days, they were whisked away on a worldwide tour.

Huge crowds around the globe gave the heroes incredible adulation. Seemingly every nation wanted to see the humans who had walked on the moon.

With what we now know about space travel, it’s easy to look in hindsight and assume that this moon landing was inevitable. But it wasn’t. It was a revolutionary effort that made one of human kind’s greatest achievements possible.

America’s journey to the moon provides countless lessons for leaders who need to accomplish large or small goals in a fast-changing environment. Here are two connected lessons:

Focus on the Vision

Too many leaders focus on the details, the analysis, the infrastructure.

President John Kennedy, in office only 125 days when he gave his soaring speech, set a clear, strong challenge for the people of the United States: “I believe that this nation should commit itself to achieving the goal, before this decade is out, of landing a man on the moon, and returning him safely to the Earth.”

With this bold quest, Kennedy provided a vision that captured the imagination and energy of the entire country. “In a very real sense, it will not be one man going to the moon…it will be an entire nation,” Kennedy said.

Having been assassinated in 1963, President Kennedy would not see the miraculous accomplishment of his goal. It’s important to recognize that Kennedy didn’t outline how we would reach the moon, but gave a clarion call to action.

In a similar way, in that era the inspiring Dr. Martin Luther King, Jr. didn’t have a plan, he had a dream. Remember to focus on the vision.

Listen to all voices

As NPR reported this week, the unique approach used to land on the moon came from John Houbolt, who believed he had developed the best answer for a safe landing, and defied NASA protocol to have his idea reviewed.

As in most organizations, there were leading engineers whose opinions carried sway. They were divided over two approaches, one of which was landing an entire rocket on the moon, then blasting off for return to earth.

Houbolt, who was not even in the landing group, devised the plan that was ultimately used, called lunar orbit rendezvous, in which a command module would circle the moon while a light-weight lunar module would land on the moon and return to the mother ship.

"Houbolt was not part of the program, and that is really where a core issue comes into play," a colleague said. "He went to his boss and his boss sort of shouted him down and said, 'What are you doing?' because he wasn't working in this area at all."

Frustrated that his ideas weren’t being given a fair hearing, Houbolt jumped the NASA hierarchy and wrote strong letters to the leader of NASA, a breach of the organization’s protocol. You can read his letters from the NASA archives here.

I had to share these paragraphs from Houbolt’s typewriter-written 1961 letter not only for their tone and energy but because they reflect what hundreds of thousands of people in business and other organizations going through change feel as their insights are quashed by the hierarchy and bureaucracy:

Since we have had only occasional and limited contact, and because you therefore probably do not know me very well, it is conceivable that after reading this you may feel that you are dealing with a crank. Do not be afraid of this.

The thoughts expressed here may not be stated in as diplomatic a fashion as they might be, or as I would normally try to do, but this is by choice and at the moment, is not important. The important point is that you hear the ideas directly, not after they have filtered through a score or more of other people, with the attendant risk that they may not even reach you.

Elsewhere in the correspondence, Houbolt rhetorically challenges the administrator with the question, "Do we want to go to the moon or not?"

The answer was “yes” and Houbolt’s approach was ultimately adopted and, well, you know the rest.

There’s a through-line here for every leader: set a clear, compelling goal to focus energy and resources, then kill the hierarchy and let all voices be heard on how to accomplish your vision.

That’s how you achieve a moon shot.