How to Control Your Ego with NBA MVP Giannis Antetokounmpo 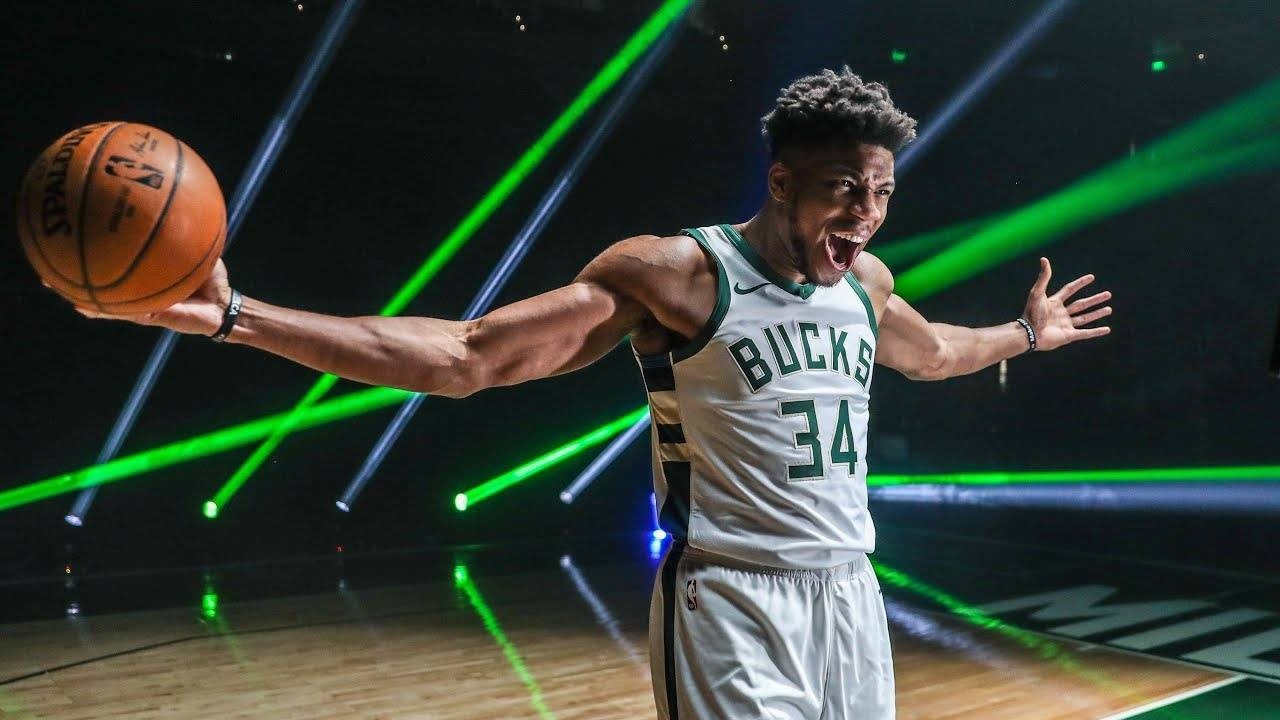 This week the Milwaukee Bucks won the NBA Championship for the first time in 50 years. The team was led to victory by Giannis Antetokounmpo, the son of Nigerian immigrants who settled in Greece. He has a fascinating back story.

In an interview during the playoffs the 26-year-old expressed wisdom beyond his years on how controlling his ego had helped him succeed:

I’ll say in life, usually when, from my experience, when I think about "oh yeah, I did this, I’m so great. I had 30. I had 25-10-10" or whatever the case might be, because you’re going to think about that, "oh we won this and that," usually the next day you’re going to suck.

As simple as that. Like the next few days you’re going to be terrible. I figured a mindset to have, when you focus on the past that’s your ego. "I did this. We were able to beat this team 4-0. I did this in the past. I won that in the past."

And when I focus on the future it’s my pride. Like "yeah, next game, Game 5, I do this and this and this, I’m going to dominate." That’s your pride talking. It doesn’t happen. You’re right here.

I kind of try to focus in the moment. In the present. That’s humility. That’s being humble. That’s setting no expectations, going out there and enjoying the game. Competing at a high level.

I think I’ve had people throughout my life that’s helped me with that but that’s a skill that I’ve tried to like perfect it. And it’s been working so far, so I’m not going to stop.

I admire Antetokounmpo’s understanding of himself and how his ego effects his performance and results. With this in mind and the workplace reopening, I thought I’d go a bit deep on the why and how of controlling our egos in business and in life.

Cambridge Dictionary defines ego simply as, “The idea or opinion that you have of yourself, especially the level of your ability and intelligence, and your importance as a person.”

Ego is how we understand ourselves and sometimes, unchecked, our egos fight to maintain that image and put us on a collision course with people and with trust.

People who are described as egotistical are seen as takers, not givers. They can be seen as cocky, self-centered and, often, bullies. We don’t want to work with people like that.

We see those manifestations of ego on display every day in our public arenas such as sports, politics and business.

In the workplace, we see it come to life as one-upmanship, infighting and passive/aggressive behavior. Our egos may spur jealousy, backstabbing and unproductive, often toxic, environments.

If you want to have success in the workplace, your home or life, learn to kill, or at least control, your ego.

It’s funny because often this kind of egocentric behavior comes from a place of insecurity and fear. The person doesn’t feel confident and lashes out to exert control.

A positive, confident leader is more likely to be transparent and supportive. For me, that was my former boss, John Cook, the SVP of Communications and Marketing in a Fortune 100 company. Now enjoying his retirement, John is the kind of leader who brings out the best in his team members by supporting them.

Many leaders hide their teams from management for fear of being overtaken. Instead, John would frequently have me travel with our CEO and presidents to develop my own authority and relationship with these leaders. That proved invaluable for the company and John’s support was rewarded in kind and multiplied.

John was practicing servant leadership, which is, in essence, subverting the ego. Instead of making ourselves so important, we make serving others the core.

This makes sense. Buddhists believe that most of the pain we suffer as human beings stems from our desires for love, recognition, wealth or power. That’s why they advocate killing the ego.

It’s our ego, uncontrolled, that trips us up. Perhaps you’re not ready to kill your ego yet. Maybe just try to deprive it of breath for a while. Here are a few key mindset shifts and actions that will help you to manifest the benefits of “killing your ego.”

1. Stop and breathe, or walk away

As children, we are taught to pause and count to 10 before we impulsively react to a situation. Our emotional reactions, especially negative ones, rarely result in a positive outcome.

Whatever it is, take the time to pause and regroup before you respond. When you do respond, try a positive response.

I recently had to do that myself. I rarely get angry, but I was mad about an email that I felt was unfair. It was nearly midnight and I was exhausted from preparing for a client’s program. I impulsively wrote back a harsh response.

But I never sent that email. Instead, I deleted the email addresses on the note, put it into my draft file and went to bed.

In the morning, I reopened the email with a different perspective and actually laughed about how out of control the writer (me) sounded. I deleted it and sent a very positive, rational response. It was received well and the problem was quickly resolved, saving the relationship.

For the third time in a month, I find myself thinking of Stephen Covey’s 7 Habits of Highly Effective People, specifically the habit, “Seek First to Understand.” When our ego drives our thinking, we tend to focus on our primitive needs and feelings: Am I being disrespected? Am I still in control? Am I losing?

Then our egos give us negative self-talk: that person hasn’t answered me, I must be in trouble. She hates me. My boss isn’t acting as friendly as usual. What’s up? Did I mess something up?

Shift your perspective and think of alternative reasons. Seek to understand. We tend to go right to the negative. Maybe she’s busy or missed your email. Maybe he has a sick child at home. There are so many explanations. Reserve judgment until you hear from the source.

Our egos also show up when we give presentations or talk in meetings. I say presentation anxiety is selfish because our nerves come from a focus on us, instead of on our audience – the people to whom we are supposed to bring value. Our ego makes it about us: I’m being judged; they might reject me; I’m not performing well. The ego-less approach focuses on their needs.

Try losing control, but in a good way. It’s the paradox of leadership and life. The more we try to control people, circumstances and events, the more likely we are to lose them.

What’s that old song lyric from the band 38 Special? “Hold on loosely, but don’t let go. If you hold too tightly, you’re going to lose control.”

Samuel Johnson said, in the 1700s, “The true measure of a man is how he treats someone who can do him absolutely no good.” As I wrote in “How to Be a Successful Leader at Work,” research by professor Adam Grant shows that everyone knows who the givers and takers are at work and that, in the long term, takers lose and strategic givers win.

Think about how you show up and how you respond to life’s everyday situations at work, at home and elsewhere in life.

It turns out that less ego and more focus on others will ultimately give you less stress, greater personal satisfaction and more external rewards.

All of these benefits will, by the way, will also make your ego happy.