Astronaut Jeff Bezos on Having High Standards of Leadership 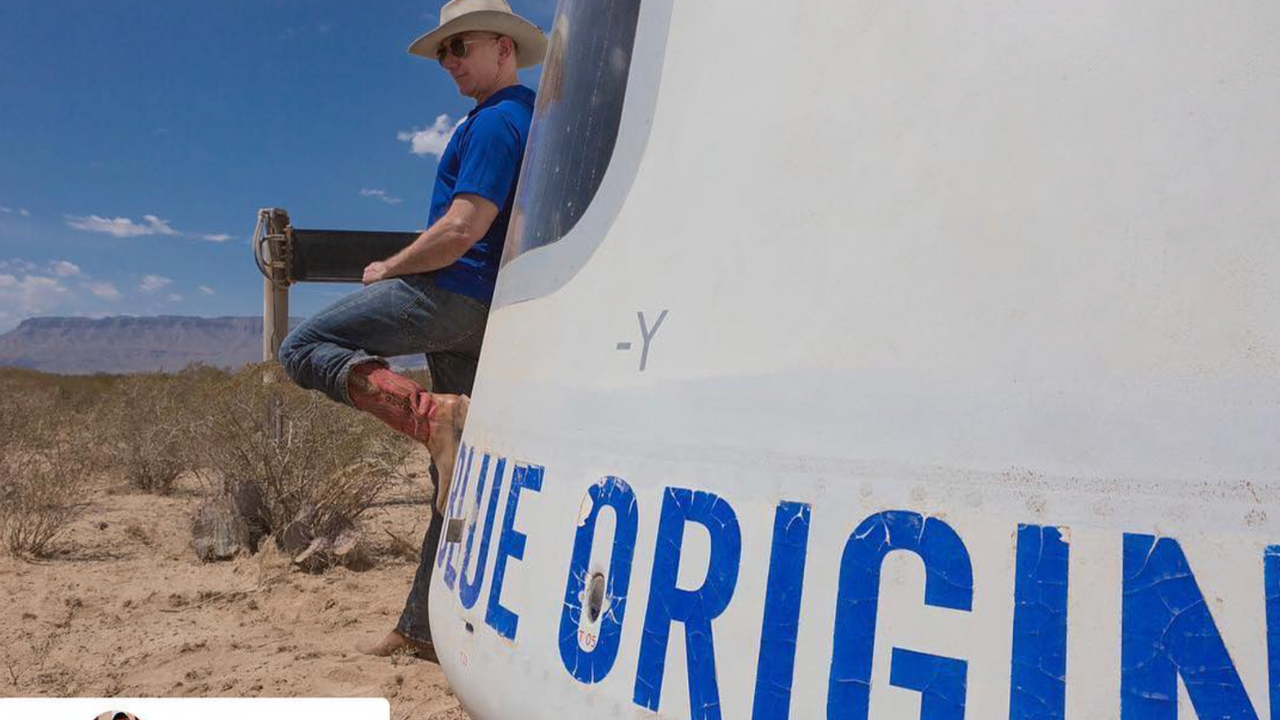 If all goes as planned, this week Amazon founder Jeff Bezos will become astronaut Jeff Bezos as he and others travel to space on a Blue Origin flight.

It's worth asking, how does a person like Bezos achieve lofty goals, such as building one of the world's largest companies, becoming one of the richest people in history and soaring to space on his own rocket ship?

Bezos, who recently stepped down as Amazon's CEO, offers many clues in the annual letters he wrote over nearly 25 years.

One letter I recommend that every leader take the time to read is his 20th-anniversary letter, published in 2017.  At the bottom, he includes his first shareholder letter from 1997.

Both letters give you a clear understanding of Amazon’s success, such as why the company has more than 200 million Prime members worldwide! This letter also speaks to the power of a consumer-focused vision over 20 years, and what the future holds.

A culture of high standards
It’s a field manual for leaders. It focuses on the company’s high standards, which are fundamental to Amazon's Leadership Principles. (In response to criticism of its practices the company recently added two new leadership principles.)

In Bezos’ words from the 20th Anniversary letter on high standards:

Building a culture of high standards is well worth the effort, and there are many benefits. Naturally and most obviously, you’re going to build better products and services for customers – this would be reason enough!

Perhaps a little less obvious: people are drawn to high standards – they help with recruiting and retention. More subtle: a culture of high standards is protective of all the ‘invisible’ but crucial work that goes on in every company. I’m talking about the work that no one sees. The work that gets done when no one is watching. In a high standards culture, doing that work well is its own reward – it’s part of what it means to be a professional.

So, the four elements of high standards as we see it: they are teachable, they are domain-specific, you must recognize them, and you must explicitly coach realistic scope. For us, these work at all levels of detail. Everything from writing memos to whole new, clean-sheet business initiatives. We hope they help you too.

Let me summarize the key ideas of Bezos’ letter:

Intrinsic or teachable?
This is like the “nature vs. nurture” debate. Bezos asks whether people are born with high standards or are they teachable. To have a high-standards team, do you need to find those people and hire them? He believes they are teachable. He writes:

Universal or domain-specific?
In a similar way, there’s the question of whether high standards in one area will transfer to another. Bezos doesn’t think so:

When I started Amazon, I had high standards on inventing, on customer care, and (thankfully) on hiring. But I didn’t have high standards on operational process: how to keep fixed problems fixed, how to eliminate defects at the root, how to inspect processes, and much more. I had to learn and develop high standards on all of that (my colleagues were my tutors).

Understanding this point is important because it keeps you humble. You can consider yourself a person of high standards in general and still have debilitating blind spots. There can be whole arenas of endeavor where you may not even know that your standards are low or non-existent, and certainly not world-class. It’s critical to be open to that likelihood.

She then practiced for a while but wasn’t getting the results she wanted. So, she hired a handstand coach. Yes, I know what you’re thinking, but evidently this is an actual thing that exists.

In the very first lesson, the coach gave her some wonderful advice. ‘Most people,’ he said, ‘think that if they work hard, they should be able to master a handstand in about two weeks. The reality is that it takes about six months of daily practice. If you think you should be able to do it in two weeks, you’re just going to end up quitting.’

Do you hold yourself and others accountable to these standards?

Amazon’s example is a great model in a world of disruption. In the end, it’s clear that our standards and execution dictate our ultimate results.

Try thinking bigger and raising your standards. You never no where you might go.

✅  If you enjoyed this article, you can sign up below for my Sunday Coffee newsletter below.