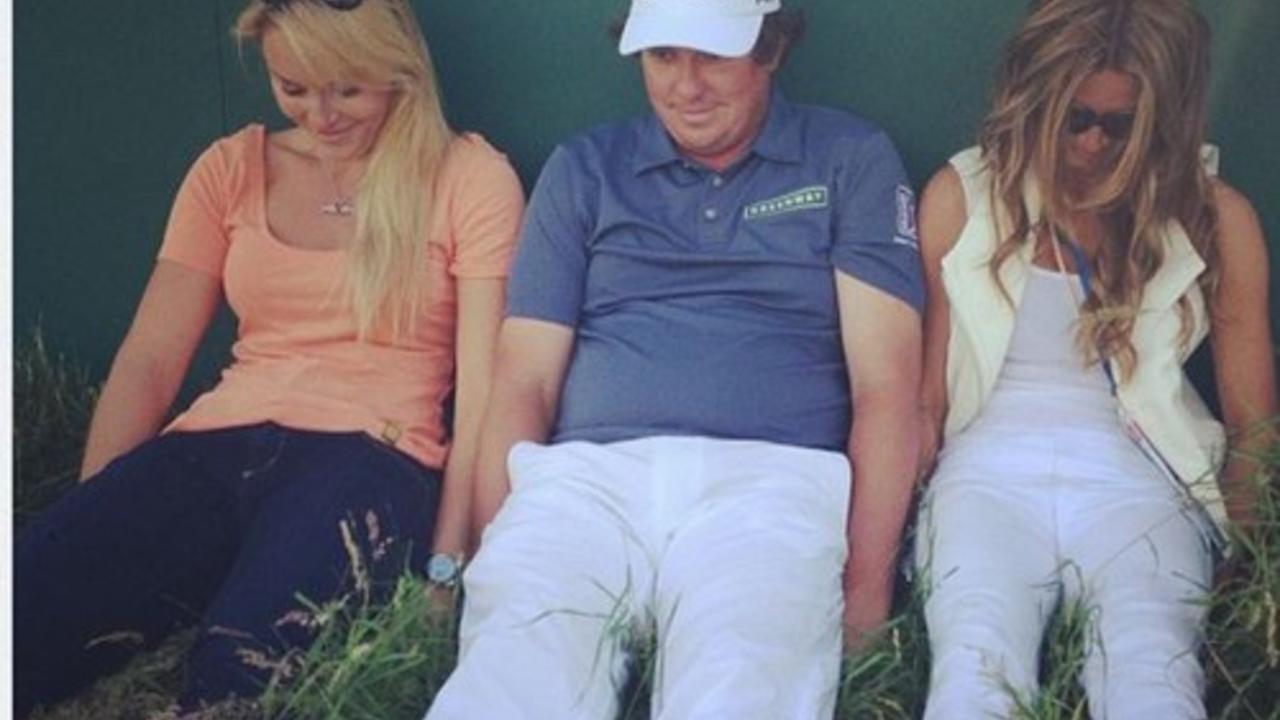 When Jason Dufner won the PGA Championship on Sunday it had to be a sweet feeling on many levels.

By winning, Dufner had not only recovered from his last-minute loss of the same tournament  two years ago, he survived and prospered as an Internet meme based on the picture above. (Simply put, a meme is an image or idea that passes through the culture, often being transformed along the way.)

The photo came from Dufner's charitable visit to a classroom prior to a tournament in March. Golfers and others have been "Dufnering" for the past few months, as shown here with tour professional Bubba Watson:

Here's what Jason Dufner can teach us about dealing with a poor Internet photo gone viral throughout social media.

When the photo appeared in March, Dufner's friend Keegan Bradley posted it online with this on Twitter:

Now, this wasn't necessarily a friendly jab, because Keegan is the one who came from five shots behind to beat Dufner two years ago. Bradley had also been ribbing Dufner, who had never won a major, about the fact that Bradley had the trophy safe at home.

Dufner, who is known to show virtually no emotion on the golf course, took it in stride, as shown in this British Open photo where he was shown Dufnering with Tiger Woods' friend Lindsay Vonn. 2. Keep your focus on results

To his credit, Dufner stayed focused on winning.  His final round at the PGA Championship was one of the most crisp, controlled matches in recent years. Allowing himself to have fun with his viral photo may have helped Dufner stay loose as he approached redemption.

Dufner's win has taken a meme that, let's face it, was really mocking him and turned it into a viral tribute highlighting his winning results and building his reputation.

In my reputation management presentations, I point out that in business and life, we can diffuse the impact of a situation by playing along, even when it can feel uncomfortable doing so.

By joining in, we can begin to take control of the situation and often remove the enthusiasm of our critics.

3. The camera is always on

While this photo actually seems to well-reflect Dufner's personality, he and other public figures have to remember that the best way to prevent an unwanted viral meme is to avoid the action in the first place.

If you don't remember the camera is always on, you can run into disaster, as did Mitt Romney in his hidden-camera video.

Dufner may want to be more conscious of his body language and not put himself into situations that will allow these kinds of photos to appear.

Having said that, let's not be too serious about this. Leave me your thoughts in the comments section and if you found this interesting please use our share buttons to send it to your friends.